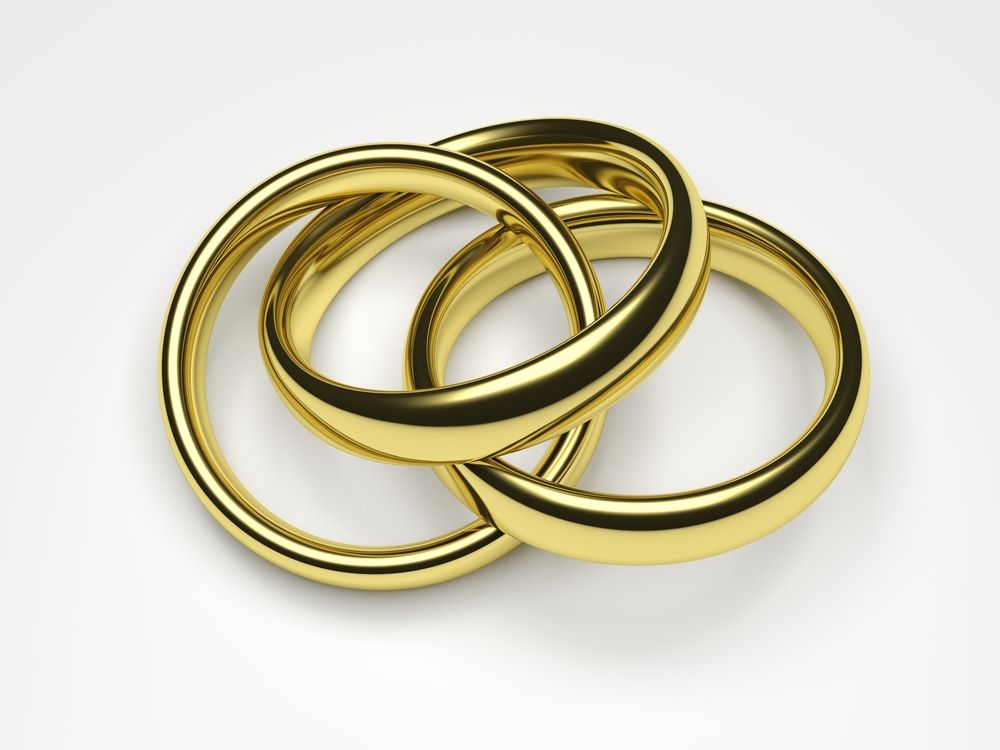 Marriage Has Always Been, What Man Decreed It To Be – Not “God.” Sensible people have long come to the conclusion that to argue anything with a religious zealot and or purposefully ignorant person, is the equivalent, of arguing with a stone, with not much major difference, excepting that, the stone is mute!

In recent years, and more recently here in Jamaica, there has been much debate about the “sanctity of marriage”, the argument of the religious, based on the ignorant construct, that marriage is an “institution” bestowed by “God”, and as such it is inviolable and should only represent ‘traditional’ union(s).

To begin, let’s deconstruct the concept that the ‘traditional-marriage’, of today, is what it was centuries ago, but more specifically, when this social construct, was first acknowledged by way of the Christian scriptures.

For the record, marriage, as a social construct was not built around religious dogma or belief that this was a gift from God, this was strictly a commercial construct back in a time when older men desirous of young women, would enter into a financial arrangement (A dowry) with the “Father” of that young girl, and when a suitable “price” was agreed, the deal was struck, to facilitate the lust of an old man and the greed of a father!

And, for the record, the wealthier that OLDMAN, the more wives he could afford, and pretty much overtime he had himself a harem of sex-slaves, to do his sexual bidding.

Today, that practice is outlawed, (but is still widely adhered to in some societies) as it is now labeled as “Sex-Trafficking”. So let us disabuse ourselves of the notion that a traditional marriage consisted of one man and a willing young lady falling in love and then with parental consent, walked down the aisle, as nothing is farther from the truth.

In the ‘heyday’ of marriage, it was nothing more than a tool of enslavement for women who not only were sex-slaves; women were ‘gifted’ in marriage, to usually older men, as a way of appeasing a neighbour, an opponent, the rich and powerful, and as an ‘offering’, to merge fortunes, expand fiefdoms and kingdoms, and generally, used as a tool of control of women and their bodies.

For the first two to three thousand years, marriages were Godless unions of convenience (for the ambitious), devoid of love and were not enacted for the pleasure of procreation, but to bolster and or empower those who negotiated them. And those who negotiated them were not the ‘Brides” of their mothers, but MEN, who saw women as chattels and or property to be used, abused and disposed of, as they saw fit!

Modern marriage, where the ‘contract’ is the sole purview of those who fall in love and then decide to spend their lives together, is a relatively new phenomenon, that was resisted and railed against by those who had a vested interest in keeping women subjugated and under their thumbs.

To this end, recorded Western history is replete with stories, where the young, denied the right to love, took their own lives, rather than be bonded, for the enrichment of the family at the expense of their own happiness. And so, ‘traditional marriage’ has a tyrannical history of abuse, subjugation, and cruelty, that does not commend it, as the ‘noble’ institution it is ofttimes promoted as.

Frankly, the history of marriage, over the centuries has been one of tyranny and abuse, so it does befuddle the mind, as to just why members of the LGBTQ community, with its own history of abuse and terror, would sign up for more of the same, thru this institution.

This wonderment aside, that members of the LGBTQ community, who love each other, would seek to pattern their unions after this historic institution of abuse and depravement, speaks to a deeper longing and desire to fit in, that they are even willing to compromise their love, in order to belong.

Even more curious, however, are the under-educated who somehow now see “Marriage” as a blessing of “God” that is to be held sacrosanct and ‘denied’ others, in the name of God!

The Church and its adherents have already committed enough murders, blasphemy, rape, incest, and pillaging, in the name of God, that they really do not need to add to their excesses today as they over time, have violated every imaginable human-dignity afforded man, in the name of God; and that they continue to do so speaks to an intellectual cowardice and backwardness, that is frightening in today’s world.

But if their intellectual cowardice does not give pause for concern, the fact that the Leaders of the Church, continue to condemn love between consenting adults, whilst they continue to pleasure themselves at the expense of children, whom the harm irreparably, emotionally, psychologically and developmentally, speaks to  their sexual depravity and misidentifying of what is truly evil!

The public rejection of same-gender love between consenting adults in the name of God, whilst abusing ”Little Children”, in search of self-pleasure, speaks to mental psychosis that cannot be explained, even by God, who has declared himself the most tolerant of beings!

And, if God, is love, how do those who claim to follow him, in the hope of securing a place in his Kingdom in the afterlife, trespass on his all-forging nature and compassion, in condemning others, while they seek his mercies and compassions for their transgressions?

Would it not be better if those who aspire in love, and are seeking to follow in his footsteps, to “Heaven”, shed their hate and leave all judgment to him, instead of hating those who are different and propagating that hate?

You see, they hate not because of their Godliness, as hate is one of the many colloquial vestiges of the yet another manmade social-construct – the concept of superiority.

Embedded in some of our souls, is the notion supplanted there that some of us are more privileged than others. And for those so abused, totally oblivious of the fact that this was yet again a tool of those who would enslave others by invoking the ‘Divide-and-Rule’ dogma, that it escapes our rational soul.

And so, we label others, in order to gain an assumed edge of superiority, even if that edge is manifestly nonexistent due to the fact that often, we do not practice what we preach, so we are as guilty as those we preach to condemn.

So, if God is love, and marriage is a manmade manifestation of that love, why should it be confined to the attraction and expression of the opposite gender? Or is it that Love, is Gender-specific, and arguably, two people of the same gender, cannot experience Love, and so cannot manifest this emotion?

History however, is not on the side of those who see life through this prism, as same-gender-love has been with us from time immemorial, and since God, is the creator of all things, he must have created the capacity.

Marriage, on the other hand, is a social construct, made by man, to serve man.  And since history has shown it has been revisited over the centuries to reflect existing realities, it is injurious religiously, to seek to deny those who profess love, the right to publicly express that love, in the fashion of the day.

Since his conscious evolution, man has been embracing new ideas to fit his circumstances. This include the retrofitting of his moral compass to embrace what was once considered taboo, but new conventions say otherwise! So it is indeed foolhardy now, to be holding unto one’s limited understanding of history, conventions, practice and applicability, in an era, when the social conventions are being rewritten, to accommodate the modalities of contemporary understanding and modern laws governing the social constructs surrounding sex, sexuality, gender, and love are evolving as we live and breathe…

Back in the ‘dark-ages’, man was largely governed by the tyrannical view of the few, and back then to reinforce their tyranny, God was invoked to authenticate the jaundiced perspectives of those who saw themselves as guardians of morality and the progenitors and protectors of the human race. And as such introduced laws and precepts as ‘Commandments’ to protect mankind from itself, as the primary concern of early Biblical man, was going forward and multiplying.

To facilitate multiplication, all kinds of social conventions were instituted to accommodate this. Today, most of those conventions have been discarded in the name of civility and modernization. So today, incest is no longer politically correct, nor is a brother, expected to marry his brother’s widow because he was killed in a war…

As it was with the concept of early marriage, so it is with contemporary realities – Whereas early marriage was either about procreation or for self-indulgent old farts, consumed with preserving their lineage; generally, societies have moved away from the old position, where women are no longer regarded as breeding factories. And if their primary role is not to populate and breed more youngmen for war or to serve their “Masters”, then men and women, should be made free, to enjoy the union that is now recognized as the institution of choice, for people who love each other and want to show that love to their families and communities.

And for those who oppose this for religious grounds, you do not speak for God, but from a place of profound ignorance and prejudice, as the wheat and the tares should all be allowed to grow together, until the day of harvesting!