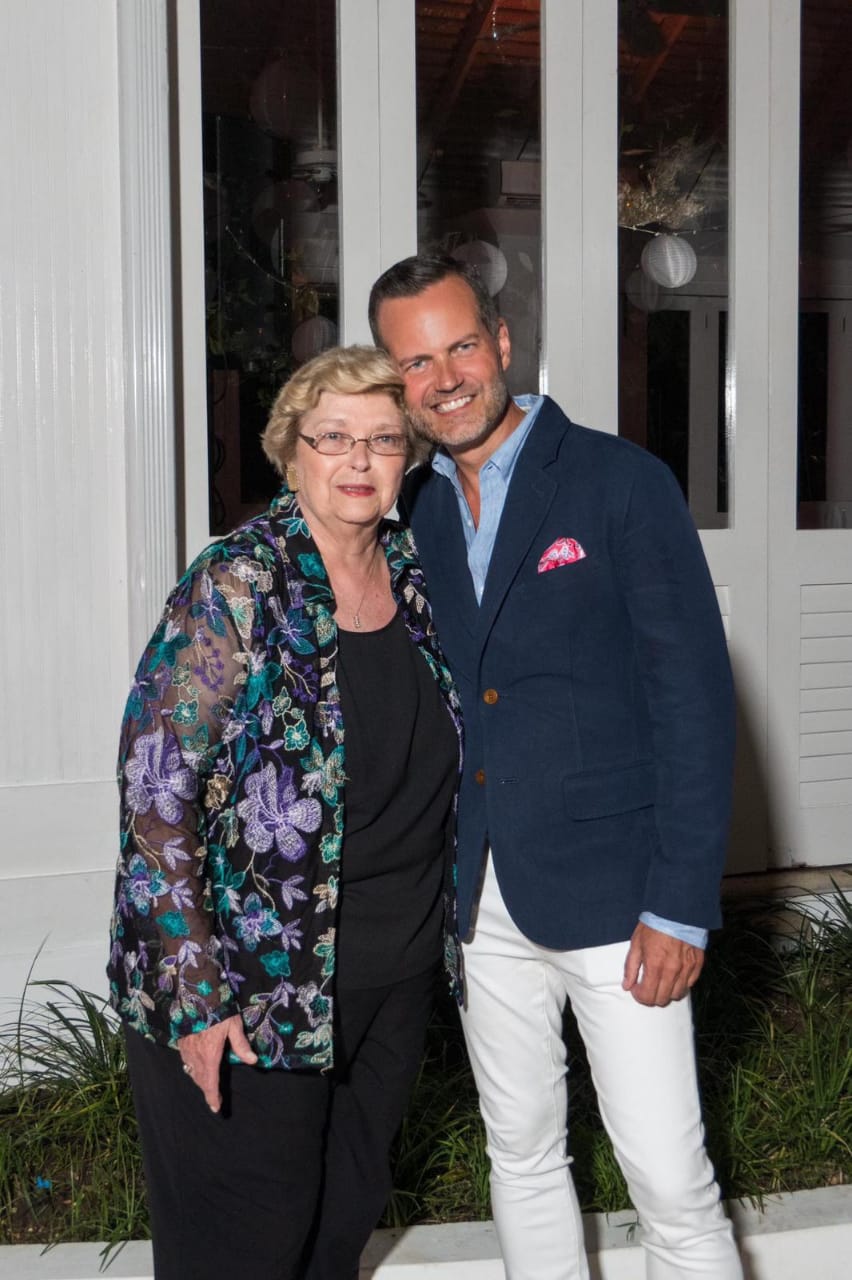 The Glamourous 50s- Celebrating 50 in Style at Round Hill

There’s nothing like a special birthday to evoke grand celebrations, and when that birthday reaches a significant numerical milestone, then luvs, the fancier it all gets as there comes that point in everyone’s life, when the light-bulb goes on, and viola, everyone knows, ‘Life is just for Living…Well, more for celebrating than living…and what better to celebrate than one’s birthday, and especially so, if that birthday is a marquee milestone!

Well, my dears, no one would ever accuse sales and marketing guru, Fred Dixon, he, the President and CEO of NYC & Company, charged with the overall responsibility for developing and implementing New York City’s tourism marketing and convention development strategies internationally, as well as its’ domestic leisure and business markets – of being a slouch when it comes to living and or celebrating life and all its bounties, because if anything, this bon vivant knows how to party and in haute style, so no surprise when, to mark his 50eth, he invited family and friends, to join him in Jamaica, to celebrate his ‘coming of age party’.

And, in keeping with his signature sense of fabness, to say he invited friends and relatives to Jamaica, would be doing his choice of venue, a total disservice, as his choice was The Round Hill Hotel And Villas, that bastion of fabulousness that is home or hide-away to the uber-rich, royalty, celebs, actors and of course, the famous, and the beautiful people!!

Daahlings, we are talking the likes of Prince Michael of Kent; Prince Harry And Meghan Markle; Ralph Lauren, Sir Paul McCartney, Lyn Whitfield, Leslie Klotz, Nia Long, and that hunk, Kendrick Lamar, dear, they are all habitues, so, little wonder, that one of New York’s leading social grandee, would choose the Pride Of Jamaica And THe Crown-Jewel Of The Caribbean, to celebrate his special day!

And to make it that much more special, the birthday Prince, simply invited 50 of his relatives and friends, along for the week-long celebrations and dears, nothing says primetime like the beautiful people at play…

Actually, Fred, arrived a week before the official festivities, and was treated to the very best of Jamaica, by his hosts, celebrated Hotelier and bon vivant Josef Forstmyr and celebrated masseur and raconteur, Richard Nelson.

Dears, we are talking a weekend at the famed Strawberry Hill ultra-chic Boutique Hotel, in Irish Town; then traversing the Blue Mountains range down to Port Antonio; stops in Boston For Jerk; A Little Rafting; and of course, a few stops along the way back to Round Hill, to sample the food of the corner shops, en route.

Well, the tour of Jamaica, almost complete, it was back to Round Hill, for the official festivities and dears, we are talking a fabfest and nothing but, beginning with a welcoming beach party and bonfire on Thursday night to kick-off the celebrations and with friends and family jetting in from both ends of the ‘Pond’, not to mention the Continental USA, so you know we are talking anything but tame here, as this was all about Fred Dixon and celebrating his 50th and so this was not going to be one of those tame events!

The Beach party and bonfire were followed by Friday with the “Jamaica-Night Celebration” at the hotel grand terrace, with the traditional Jamaican celebration that boasted a Jamaican feast; Limbo-dancers, Fire-Dancers; Reggae, Rumba and of course, loads of rum-punch and, naturally, barefoot dancing…way into the night/morning. Hope y’all know that for a weekend celebration like this, Sleep, is the enemy, and so, before y’all know it, was Saturday morning, and breakfast was immediately followed by the much anticipated Catamaran tour of Round Hill Bay and sailing-party, that was only served as a teaser, for the party, that was to come later, at the acclaimed, Cottage 29.