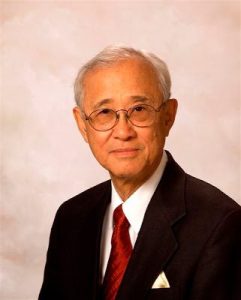 1. Karl Hendrickson: Karl Hendrickson, is the Patriarch of the Hendrickson Clan, whose interests today includes significant tourism and real estate holdings, including the Landmark Pegasus, New Kingston, Courtleigh and Hotel, along with the original family baking business, the National Brand, where he earned the reputation for managing the business like a family business, where the employees are treated with the reverence and respect, reserved for family members.
A Quiet, almost reticent individual, Karl Hendrickson and wife Nellie Hendrickson are regarded as paragons of old-fashioned decency, who tend to avoid the social spotlight and or grandstanding, opting instead for more family-oriented quality time.
One of the country’s most powerful business Titans, a telephone call from Karl Hendrickson, would be akin to receiving the Holy-grail; A Social invite from wife Nellie, regarded as a treasured summons, of the highest order.
Today, Karl Hendrickson and wife Nellie have handed over the reins of the conglomerate to their two sons, Kevin and Butch, with Kevin reportedly in charge of the Hotel department of the business and his brother Butch, the Baking and Manufacturing.
concerns.

2. John Issa: Is the Country’s leading tourism authority and Mogul, who is credited for remodeling the Jamaican Tourism Industry, with the introduction of the All-Inclusive brand, at the Negril Beach Village, at a time when Brand-Jamaica, was taking a political beating from the US government and the Central Intelligence Agency, in opposition to the politics of the Michael Manley government.
At the time, Jamaica was in the crosshairs of the US government, who was trying to suffocate the country economically. With tourism is the country’s largest foreign exchange earner, and with the campaign on in earnest to rid the country of its democratically elected government, John Issa, who had gone into the hospitality wing of the family business (The House Of Issa included Auto-sales; Merchandising, Real Estate , and The Hotel/Tourism Industry) is credited with fashioning the campaign that saw Negril, marketed as a distinct destination, as if it was separate and apart from Jamaica.
The campaign was so successful, John Issa became one of the region’s biggest Tourism-power-player and business icon, whose counsel was sought at the highest level of Government; his own brand, SuperClubs, so successful, it was represented in at least 5-countries; and so coveted it fuelled a number of other brands.
Today Negril is still regarded as a tourism enclave, along the model of Acapulco, or the Riviera, but has evolved in recent times to being the resort party capital of the Caribbean.
Today, John Issa and his wife, Aida Issa, have scaled back their hotel-holdings, following a rift with their son, Joey Issa, who was largely considered the heir-apparent to the SuperClubs fortune, which is now managed by their twin daughters Zein Issa-Nakash and Muna Issa.
Joey Issa, on the other hand, has gone on to create his own burgeoning conglomerate and is considered a political heavy-weight.
Today John Issa and his family have reduced their tourism holdings, but Tourism insiders and movers and shakers credit him with saving the industry when it needed a saviour and for his unique marketing and branding strategies, which was widely adopted and used by others players. 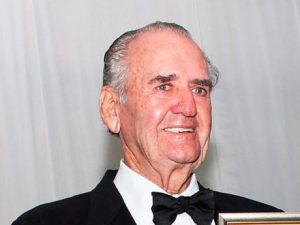 3. Tony Hart: This Montego Bay Power-house Is the Patriarch of the Hart Group, now primarily headed by His Son Mark Hart, but led for years by him and his wife Sheila Hart, and guided the Group into a period of national and regional success and expansion, whose portfolio now includes Shipping, Retail, Real Estate, and Tourism Interests Caribbean-wide.
He is considered congenial; she convivial, and together make for the perfect power-couple and A-listers who are firm believers and defender in Jamaica and its people!
Not one to trumpet his own goodness, he is celebrated and known for his philanthropic support of Education, as a tool to empower the less-privileged, And So actively, but quietly supports and promotes charities supporting Education, in an effort engineer change, in order to make a difference.
He is, however, an internationally recognized entrepreneur and a major power-player in the corridors of power, here in Jamaica, and is known to have the ears of the political class, and is held in the highest esteem by his peers, as well as his competitors. 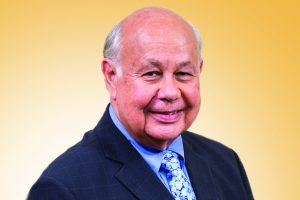 4. Oliver Clarke: It has been said of Oliver Clarke, that he has been the most consistent and prolific non-elected King-maker and Power-player in the history of post-independent Jamaica – For one who speaks softly.
A scion of the Clarke family who created the Jamaican National Building Society, Oliver Clarke, is better known for his role as the head Of the Gleaner Company and the Editorial path he has charted for the Newspaper, making it one of the most powerful newspapers in the region, with the capacity to influence not just Governments, but the Very Elections to determine Governments.
Indeed, in one of the Newspapers’ more interesting chapters, saw Michael Manley leading a demonstration of his supporters to the Newspaper’s North Street offices, in the 70s to protest what was then considered its destabilizing role not just of the Manley Government, But also of the Country, as The Newspaper and its MD, were regarded as tools of the US government and its CIA.
To Clarke’s credit, however, he would also go on to earn the ire of Manley’s successor, Seaga, who swore against granting him a Television broadcast license.
Oliver Clarke however, hails from a family of wealthy landowners, out of Westmoreland, and earned himself a reputation as being a shrewd businessman, whose Chairmanship of the Gleaner and Jamaica National, made him one of the most powerful businessmen in the region.
He recently stepped down from these two very powerful positions, for health reasons, but few who know him, believes Oliver Clarke, has simply walked away…His wife Monica Ladd, an accomplished Attorney, is not known to harbour any power-ambition, and their daughter, is considered way too young, to step into her dad’s powerful shoes, But Oliver Clarke, is that man, that any and all political leader, will take his telephone call, at any hour of the night or day! 5. Donovan Lewis: Highly successful real estate developer and Investment banking guru, who first came to prominence as an OTB powerplayer. Lewis, is publicity-shy and so avoids the limelight as much as is practicable, but is considered a very solid entrepreneur/financier, whose no-nonsense approach to business has earned him many grudging admirers. He is considered a financial rock in an era of charlatans and posers.
His Ideal Finance Brand, considered a pillar of stability in the Investment Banking Community; and widely respected throughout the community. He also holds one of the Country’s single largest real estate portfolios, and is the go-to Financier, for many in the business community, for short and or longterm investment capital.
Considered aloof, by some he is most definitely Not one to hob-nob, he is a family man, who prefers to spend as much time with his wife Andrea, and children as well as his aging Mom, as against at sixes-and-nines with the cocktail crowd.
A Financial powerhouse, he is considered one of the Country’s most powerful entrepreneurs to remain under the radar, and this is a surprise many, and those out of the banking and finance industry, will be forgiven if they say Donovan Who?
Not known to not suffer fools…Not even lightly, he shuns profiling and is definitely not one of those who travel with or encourage an entourage, common to many entrepreneurs. He is, however, sought after for his acumen and foresight…