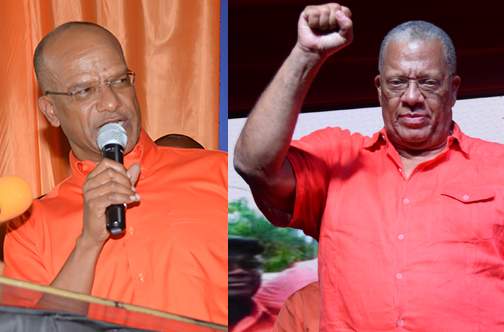 Now Is Not The Time For Political Implosion

Disturbing is what it is. We are short on water, nurses, teachers, a simple way of taking our purchases out of the stores and roads but very long on government corruption.

Five days into it, I don’t think it qualifies as September Morn anymore but, far as I am concerned, September jus light. While I cannot blame every single dilemma that this country is now facing on the sitting government, I know I can tack a few significant ones onto them.

Look, call it generalization if you like but this is how it is playing out in my corner. Disturbing is what it is. We are short on water, nurses, teachers, a simple way of taking our purchases out of the stores and roads but very long on government corruption.
Plenty, like me, felt empowered. We saw the writing on the wall with the actions of these barefaced politicians with the sticky fingers being brought to light by the parliamentary opposition and we were figuratively whopping our fingers (like when man outa betting shop whipping their imaginary horses) and thinking “pressure”, “pressure”… “get them buggers”.
While the opposition members were at it, we were hoping that that would push the government to identify the persons with full oversight responsibility for the portfolios of; education, health (Oh, that’s Tufton nuh? So easy to forget) and anybody to do with petrol for supporting a working transportation system in this here land we love.
But nooo… Peter guh chuck Peter. Things then became like the end of that movie where, suddenly the crowd parted with one set tearing to the left and the other set to the right followed by them starting to pelt each other with stones. Flat-footed is how they caught many of us. One PNP (Powerful together) aka #onesetapnp and Rise United (no last name) aka #sinkers, cause di kyar fi suddenly draw brakes ina di miggle a di road and tear up di whole darn asphalt (so to speak). As to all the government corruption? Karanapo! It’s been one of the longest six weeks of my life.
What have we accomplished? No winners. Oh correction, Government corruption is the winner. If some of those relationships heal after this, I’ll know there is a God. When I see the very cruel Mr. Reid (where do I put the “allegedly” again?), Wheatly, Tufton and, yes, Holness on the ballots, we can decide what was achieved because, people with certain problems cannot put their names on ballots.
September morn, school children went back to school with an education system under dinosauric management facing the PEPa with teachers squaring their shoulders to take the blame for any downfalls. Ooh what a blessing it would have been if the allegedly misspent millions in the education system were directed in those quarters. Mouse like, the oily and knowledge scam refugees are probably paying first class plane fare while the route taxis and oppressed passengers duke it out on our rubbled streets.
Little Peta call out big Peta to play right in the middle of the storm and just abandon us under corrupt governance. Must we always have to be bawling for justice?