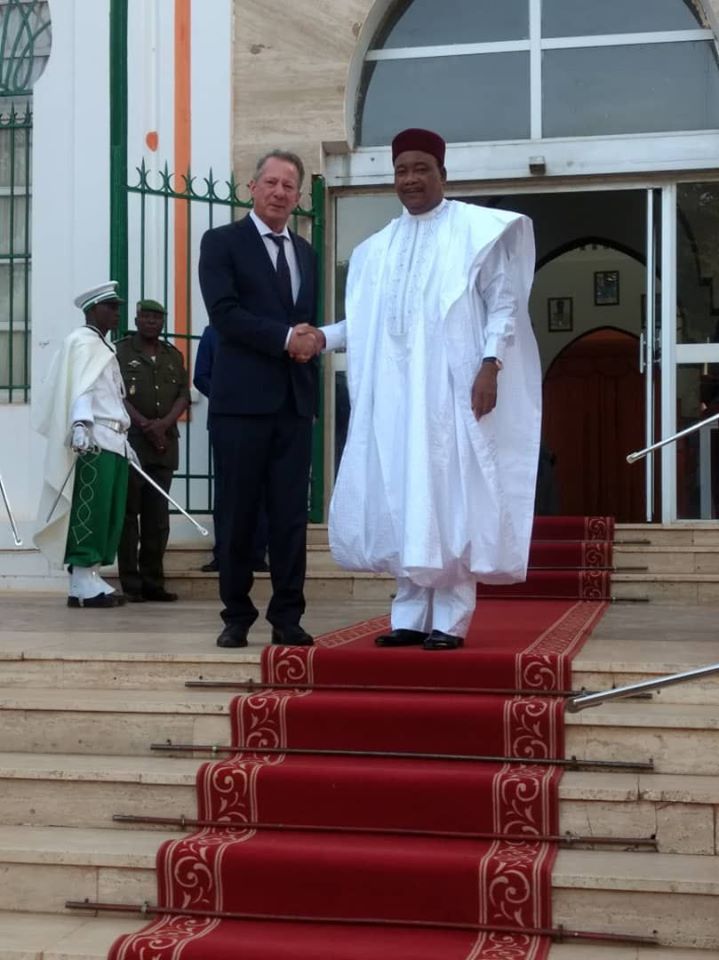 His Excellency, Guy Sevrin, Ambassador Extraordinary and Plenipotentiary Of The Kingdom of Belgium, who demitted office in July as His Country’s Ambassador To Jamaica, Caricom and Trinidad and Tobago, has been appointed his Country’s Ambassador to the Country of Niger. The Ambassador who left Jamaica, after a number of official farewell functions in his honour hosted by his Diplomatic colleagues, members of Government and leading socialites, was regarded as a Diplomatic gem, and so his departure, whilst expected left a social void in the nation’s capital, that is still to be filled.

Alas, Ambassador Sevrin, whose appointment to Niger is expected to be his last before retiring, is to run for three years, arrived in Niger in early October and presented his letters of Credentials To Niger’s President His Excellency Mahamadou Issoufou in Mid October, who in turn, presented him to Members of Niger’s Government, the West African nation’s capital, Niamey.